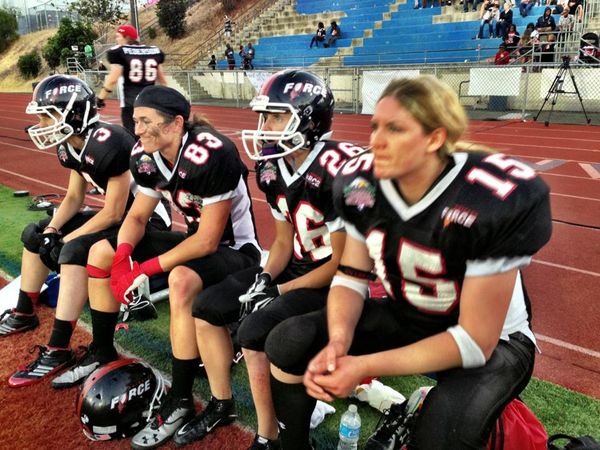 I hate mornings. Ever since I was a kid I’ve been a night owl and have started my days more than a handful (sometimes two handfuls) of hours after daybreak. These past three months I’ve watched the sunrise over Chicago every Sunday from thousands of feet above the ground. After a week of football practice, I travel on a 6am flight back to L.A. to produce, host and perform at SunsehLA, a private concert series on Sunday nights.

Last week was packed. I had football practice, started a part-time job in Chicago as a door person at Sidetrack (a girl’s gotta eat), had rehearsal with my band in Chicago for a show/fundraiser/birthday party at Martyrs’ on March 25th, flew back to LA for rehearsals and a stage reading of a musical (performed), hosted and performed with my band at SunSeshLA, had several meetings for the documentary we are working on, met with a 2017 Grammy Nominated Producer to discuss my next album, and solidified a remix of my song “Brand New Fairy Tale” with another talented producer who recently worked with The Weeknd and Big Sean. 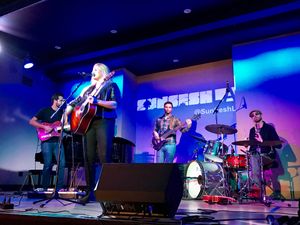 Amidst the chaos of trying to keep all the balls in the air, I was told something that I didn’t want to hear. Something I didn’t want to believe. “Nobody knows who you are. Nobody is interested in a story about a female football player who is also a singer-songwriter. We can’t sell your story because it’s invalid without the endorsement of a famous male football player.” This was during one of the meetings about the documentary.

Let me be clear, I’m not looking for a pity party, or for accolades. This is merely an honest account of what I’m currently experiencing. I’m sharing this because I think it’s important to share the hard times. Especially in today’s photoshopped, edited, overnight-success-expecting society. This sh*t isn’t easy and there’s no guarantee success is on the other side, but I know I will be better for it if I can make it through.

I’ve found myself in more disputes about women who play sports than ever before. It no longer feels like a choice to engage in difficult discussions, it feels like a responsibility. When I take the time to reflect on my current day-to-day, I’m virtually unrecognizable, and yet, I feel more like myself than I ever have. It’s been said that high-pressure situations reveal character. I have a feeling this is just the tip of the self-discovery iceberg because I’m 3 months in on a 7-month journey and the reality of what I’ve signed up for is revealing itself more and more each day.

I watched as the Women’s U.S. Hockey Team announced they will be pulling themselves from their international tournament, not unlike the tournament those of us on the Women’s U.S. Tackle Football Team will be engaging in this summer. I read all the comments and that’s where I discovered the real story, one about what we value. Comments such as, “women’s sports don’t deserve money based on their attendance” and “maybe if women stopped whining and worked at being better athletes, more people would watch,” Infuriated and frustrated, I begrudgingly distanced myself from the quicksand of my ego and reflected on the history of sports. It was in this moment that I had an epiphany that shed some light on why I was driven in this seemingly useless endeavor.

Athletics is a multi-billion-dollar industry, but this wasn’t always the case. For example, basketball was invented by James Naismith at the YMCA International Training School (later, Springfield College) as an outlet for young men during the winter.  The students were bored with the indoor games of the day and Naismith was challenged to create something as a physical outlet for them. He sought to create a game that relied on skill more than force. Basketball spread quickly as students returned to their home countries. People saw value in the effects it had on young men and thought it important to provide such an outlet. The sport was originally supported and nurtured because of the “good” it did for young men. Guess what? There weren’t arenas full of season ticket holders funding these early teams. People invested in the positive impact of the sport, not only the sport itself.

Women, on the other hand, until very recently, have been discouraged from partaking in sports. So much so, it took the implementation of a law to allow women and girls to play, Title IX. I’ll let that sink in for a minute, fellas. While you have been celebrated for your participation in something that was handed to you on a silver platter, women had to fight tooth and nail for the opportunity and are STILL being ridiculed for participating. Traditionally, words like strong, competitive, and aggressive are positive attributes for men and negative for women. We haven’t valued those qualities in women, so why would we invest in the encouragement of them?

Women are in positions of leadership in the workplace nowadays. We should probably acknowledge these traits are positive for both sexes and encourage them for both as well. Sports bridge differences between people and help men and women find common ground in areas of collaboration and teamwork, critically important in today’s human economy. 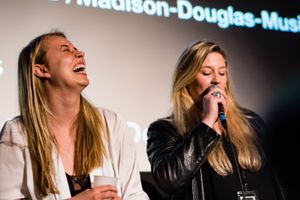 I don’t believe in handouts, and I don’t believe women are asking for one, although it may sound like that sometimes. In fact, let’s be real people, women have done much more, with less, in a shorter amount of time. In football, we had to fight and are still fighting for the opportunity to play and that speed bump set us back about 75 years. The women’s game is still in the beginning stages. Women’s football isn’t pretending to be NFL caliber. I’m one of the first women to ever play a non-kicker position from youth to high school, and that happened in the last 20 years. If you watched the earliest football footage which is from the 1930’s (nearly 40 years after the invention of the game) the current women’s game is far more impressive, in half the time. I’m not saying either sex is better, that’s just stupid. What I am saying is some people prefer watching High School football over NFL, regardless of the lesser athleticism of the former, because many believe there is a “purity” to the game.

Successful women, put your money where your mouth is and support women’s sports, so little girls have athletic heroes with which they can identify. Successful men, you know a little competition goes a long way, why not check your egos and see how everyone might benefit from an even playing field. Today, American Football is no longer just an American sport as sixty-six countries field competitive teams. Do we really want an American sport to grow worldwide without talented American athletes and an impressive Team USA?

What message would we like to send to our little girls and boys? What do we want our future to look like? Because as it stands half of our future population will be entitled and believe sports is merely a vehicle for fame and ego, while the other half will believe there is no value in participating because all they have seen is a difficult path layered with ridicule. What would happen if we encouraged and supported women athletes and the sports they play by simply attending more games?

While this process has most definitely been a challenge and the word "tired" has taken on a completely new definition for me, I am also energized and more driven than ever before. There is much to be done, my friends. This weekend we, the Chicago Force, will face our first opponent of the 2017 season in Detroit. I'm grateful for the opportunity to take the field again and perhaps an even bigger opportunity, to change minds with our actions. Sleep can wait. 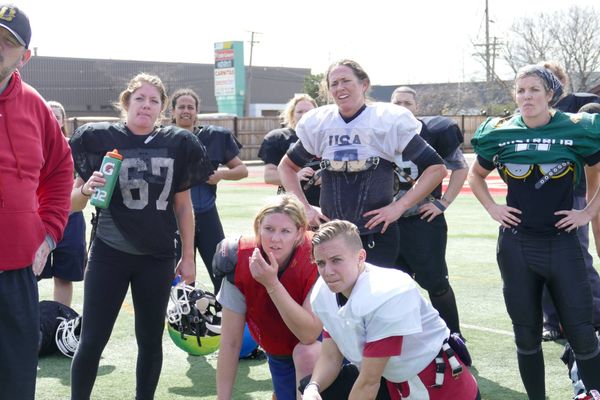