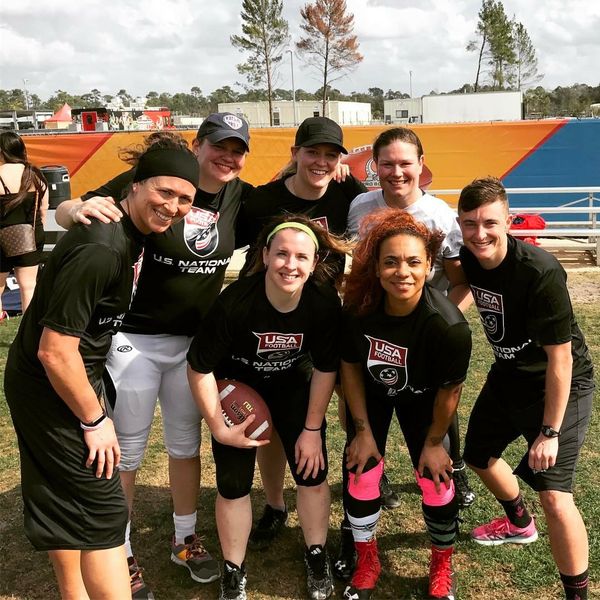 Many have become overtly dramatic when it comes to word choice. Absolutes and exaggerations are commonplace when referring to the mundane. “I literally can’t with my Biology class right now”, or “This yogurt is so f*cking amazing. I’m dying!” (let’s be real, no yogurt is worth dying for. NO YOGURT IS WORTH THE SACRIFICE!)

Yes, dramatic wordplay can be fun when accompanying the provincial (thank you, Disney's Beauty and the Beast for teaching me this word), but how the hell I am supposed to accurately explain the weekend I just had, when yogurt is “f*cking amazing”? I assure you, this past weekend was more impressive than yogurt (yes, even more than Key Lime Pie flavor).

Over the past few days  I have witnessed some astounding work in three different disciplines, at different locations, by women who are very close to my heart. The amount of motivation, pride, and inspiration in my heart right now is lethal (see what I did there?). Seriously though, let me tell you what happened.

First, my very good friend Connie, who goes by stage name MILCK, released a song she has been working on for a long time. The song is called "Quiet" and grapples with some serious subject matters that are very real for so many. "Quiet" is her battle cry. The song is a beautifully composed mantra that gets stuck in your head and heart after just one listen. It takes guts to write something so revealing and even more more bravery to perform it. She went one step further. She spent the past month bringing women together from all over the country to rehearse an a cappella arrangement of her anthem to be performed at the Women's March On Washington this past Saturday. After one day of in-person rehearsals, this group of talented, passionate women (the GW Sirens) sang their hearts out and the world took notice. 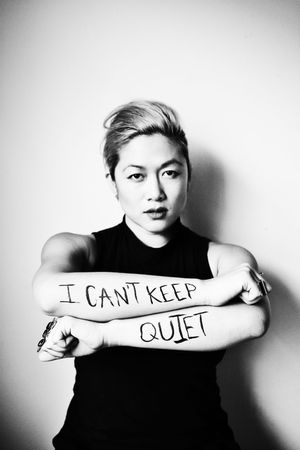 Collectively, the video of their live performance has well over 15,000,000 views (and growing) from different video posts on various platforms. I'm sharing the video from her YouTube channel so she can get the views she deserves. Watch and share! Just before the live performance, she released an official music video with the studio version of the song, produced by AG. You can watch that video HERE. To top it all off she create the #ICANTKEEPQUIET Project, harnessing her talent to make the world a better place. The whole thing makes me want to simultaneously snuggle her face off and stand next to her in solidarity to take on the world.

Second, I watched my longtime friend and former Team USA teammate, Katie Sowers, celebrate a Super Bowl berth alongside the Atlanta Falcons, after beating the Green Bay Packers on Sunday night. Katie began working with the Falcons this year as a coaching intern. There is something truly magical about watching your friend's dreams come true right before your eyes. Especially, when those friends are doing it for the right reasons. She's not trying to make a point, she's doing it because she's passionate about football. Katie was a fantastic player and student of the game. She is now sharing her love and knowledge of football with some of the greatest players in the world. The best part? They respect her, as they should. There is no, "for a girl", tagged at the end of complimentary statements made about Katie and that is a giant step in the right direction for women in football.

Lastly, as many of you know I was down in Orlando, FL this weekend for the Team USA Women's Tackle Football tryout. I was surrounded by women who all share a passion for what we believe is the greatest sport on Earth. A lot of these athletes have been playing football for over a decade and it showed. While millions of women were marching on every continent, we were marching in our own way on the fields of ESPN's Wide World of Sports. I was privileged to play alongside brilliant athletes, many of which, have achieved great heights in both football and other sports. 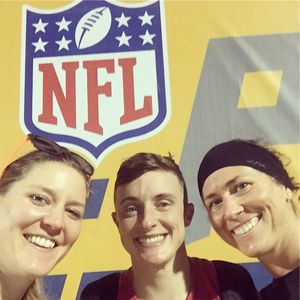 I threw to Wide Receivers Jeannette Gray, a Division I college basketball standout and top-tier multi-sport high school coach, and JJ Javelet, the talk of the Women's U.S. Rugby team at the 2016 Olympics in Rio. I watched as Vicky Eddy, one of the smartest, most physical linebackers in the game, dismantled everything that came through the box. Stacey Tiamfook, an elite running back and the epitome of poised, wowed us all as she made jump cuts and followed blocks as impressive as anything you would see on a Sportscenter highlight reel. Offensive and defensive linewomen displayed gap control with finely-tuned, intricate mechanics. DB's made reads, not guesses, and squashed the assumption that secondary players have poor tackling technique. There were 64 women at the first session of tryouts and another 101 at the second session. If I had time, I could write a book with the accomplishments of each of the athletes who showed up.

It was clear that this was not a developmental camp. To anyone who might've thought otherwise, it was quickly proven that this was a collection of some of the best Women's Tackle Football players in the world. I was proud to be a part of this intelligent and vetted group of athletes. As someone who is entering their 15th as a football player, I am inspired by the performance and knowledge of the athletes who "balled out" this past weekend.

I'm uncertain if I will make Team USA for a third time. I felt good about my performance on the field and that's all I can control, but the decision is out of my hands. Either way, I am confident that the women who have the honor of representing the U.S. in the upcoming Women's World Tackle Football Tournament, will make America proud. We'll find out who they are in mid-February. 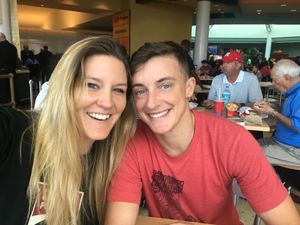 I want to thank all of the brilliant women who inspire me and others to strive to be the best version of ourselves. Your passion, tenacity, and talent illuminates the potential in all of us for greatness. For the athletes who play WTF, it's no longer a matter of development, it's a matter of visibility.

As you can see, I am fortunate to be surrounded by so many intelligent, badass women. It's been said, you are only as good as who you surround yourself with. I believe that, because each of these women continue to push me to be better. I encourage you to embrace and be inspired by the women in your life. It's invigorating!

I'm sure you can now understand how difficult it was to find the appropriate words to describe such an epic weekend. This, my friends, is so much bigger than yogurt!

With Grit and Grace,